Author Daisy Roberts – She Takes You to the Edge®

Archive for the ‘Oral Sex; Get your man to give you oral sex’ Category

4 Ways To Bring Your Lady to the Big O! 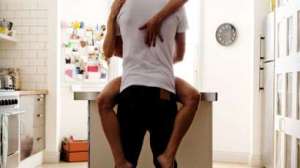 2011 – JAN 8 –  She’s arching her back, moaning and groaning. You’re impressed by your ability to make your lady squirm like that, but deep down your thoughts race between: “What if she’s faking?” and “If not, how do I hit this magic button again?” If you’ve ever been there, or for that matter would like to find yourself in that enviable position, check out these four tricks to make her orgasm.

Put on musky cologne
Smell is the strongest of the five senses when it comes to sexual functioning for two reasons: First, since anything musky mimics testosterone, it’ll kick her libido into high gear. Baby powder can have a similar effect by activating her “scent print,” which links babies to procreation. Second, because smell, sex and memory centers share close quarters in the brain, the scent of arousal leaves the most lasting impression. The second she gets a whiff of your musky cologne, she’ll be transported back to the last time she smelled it on your body.

Warm up her feet
Every guy knows that when a woman hits the sack she loves to wedge her cold feet between his legs to warm up. Warm feet do more to make a woman physically comfortable than just about anything else — even more so if you want her completely naked, which is not likely to happen if she’s cold, even with the lights off. What most of you probably didn’t realize was the importance of warm feet in increasing the likelihood of her experiencing an orgasm. According to Dutch scientists from the University of Groningen, the odds are increased by 30%. Maybe leaving the socks on isn’t such a bad idea after all. If you want to try something sexier, a foot massage with a warming gel can do wonders, especially if you concentrate on the pads of her toes and the webbing in between, which are linked to her nether zones according to reflexology charts. Moreover, lips, hands, feet, and genitals get the lion’s share of brain space, where feet and genital centers are neighbors, making them share sexy information. Why else do you think women call shoe shopping “retail therapy” — especially when they’re not getting any at home and feeling bummed out? So socks or stilettos, you choose, as long as they’re keeping her tootsies warm.

Focus on her 10 o’clock and 2 o’clock
When zoning in between her legs, just as you appreciate her indulging more than just your package, she’d like you to go for more than her hood ornament. If you run your tongue around her clitoral head, concentrating on the 10 o’ clock and 2 o’clock marks on either side, and then gently slip your tongue beneath the hood, you’ll have her moaning from ecstasy. While bang-on is too sensitive, those two sweet spots will make sure that she takes a licking and keeps on ticking, thanks to the bulbs hidden just beneath. The best way to pull off this maneuver is to have her straddle your face as you lay comfortably on your back. She’ll get to lean into the headboard so she can drive the action with ease, since you’ve put her in charge.

Kiss the right side of her spine
Touch on the right side of a woman’s spine makes her melt more so than the left side, perhaps because the left side of the brain controls her right side and it’s the logical side that can talk her into anything. Whether you’re kissing her there, stroking her or gently teasing her with a tickler, just make sure your moves are curvy. You’ll cover more mileage, not to mention get better mileage out of your touch, since it’s significantly more intense than a straight touch.

Climax Trickery
Time for you to take your tricks for a test drive. With all that attention, her skin will be flushed, her pupils dilated, parts of her shaking, and those she can steady, she’ll be pushing into you — until she’s done and can’t take anymore, that is. Now that’s how to make her orgasm for real.

Oral Sex; Get your man to give you oral sex, Uncategorized

Ladies, Get Your Man To Go Down There!

Men love pleasing women, but sometimes they hold back from treating you to the oral action you crave. Here are some sexy tactics to lure him into spending more quality time south of your border.

If you were to rank booty moves by how blissful each feels, receiving oral sex would be in one of the top slots. Not only does this sex style let you lie back while your dude does all the work, but it’s also an ultrapleasurable primer for intercourse…as well as a means to an O in its own right.

Still, too few women are getting the oral attention they desire. In fact, 62 percent of women said they wished their guy treated them to it more often, according to a recent poll conducted by a leading sex therapist.

What could be holding your man back? Although guys have told us that it’s one of their favorite ways to please a woman, a dude may be afraid to ask for direction. Or perhaps you aren’t letting him know that you really want oral sex. Also, some males can be selfish in bed.

Now that you know why he may be a little tongue-tied, follow these seven tactics to get the oral pleasure you desire.

Telling your guy that you want more oral is a catch-22: Make too big of a deal out of it and he may conclude he comes up short in using his penis to please you. But if you beat around the, ahem, bush, he may not get the message at all. So when he presses his body against yours to signal he’s ready for the main event, whisper “I’d be really heated up if you’d kiss me down below first.” This assures him that his current moves satisfy you but shows you have one other need you’d like him to address.

Guys are visual, so trimming your pubic hair — or going full-monty Brazilian — may be the incentive to get him to linger between your legs. “Seeing a woman’s privates so exposed is still taboo, so it’s very exciting.”  The sexy sight should make him want to explore orally.

PLEASURE TACTIC 3: Stir His Competitive Side

Men are naturally competitive. (After all, they are the inventors of beer pong.) So why not take advantage of his inability to resist a contest? Somewhere between a pre-booty make-out session and foreplay, coyly say “I bet you can’t make me climax using just your mouth.” You’ll practically feel his testosterone surge as he takes you up on your challenge.

PLEASURE TACTIC 4: Guide Him with Your Body

One reason he doesn’t spend more time teasing your southern regions may be that he isn’t sure what to do. A nonverbal sign or two as he’s heading below the belt can be the hint he needs.

While he’s kissing your naval, scoot your body up so your pelvis is closer to his mouth, then give his head a gentle push. Or frame your clitoris by making a V with two fingers so he can see where you want him to zero in.

PLEASURE TACTIC 5: Give Him the Right Vocal Cues

Being specific about what he does that makes you squirm will tell him how amazing his tongue is — a big ego boost for guys. A lusty “Right there, yes!” is positive reinforcement your guy will retain so he can treat you to it over and over.

Grab two pillows, and place one under his chest and one under your hips. This way, his chin won’t dig into the mattress, and with your pelvis raised higher off the bed, he’ll have a greater range of motion. Or have him lie on his back, then put your goods over his mouth. This position will make you feel open and vulnerable but also lets you control the pace and motion.

PLEASURE TACTIC 7: If He Holds Back

Withholding oral sex from him may be the one thing that snaps him out of his self-absorbed state. If not, you may have to accept that some guys are truly oral-averse. If you decide that you can’t be with someone who doesn’t love pleasuring you, consider letting him go and start dating one of the gazillions of men who do.

Pre-order a copy of my acclaimed book, “Candy Apple Panties,” for more suggestions and tips on male and female oral satisfaction by visiting my web site: http://daisy-roberts.com

Oral Sex; Get your man to give you oral sex